Getting Them Into An Album: PROJECT LIFE - MY WAY 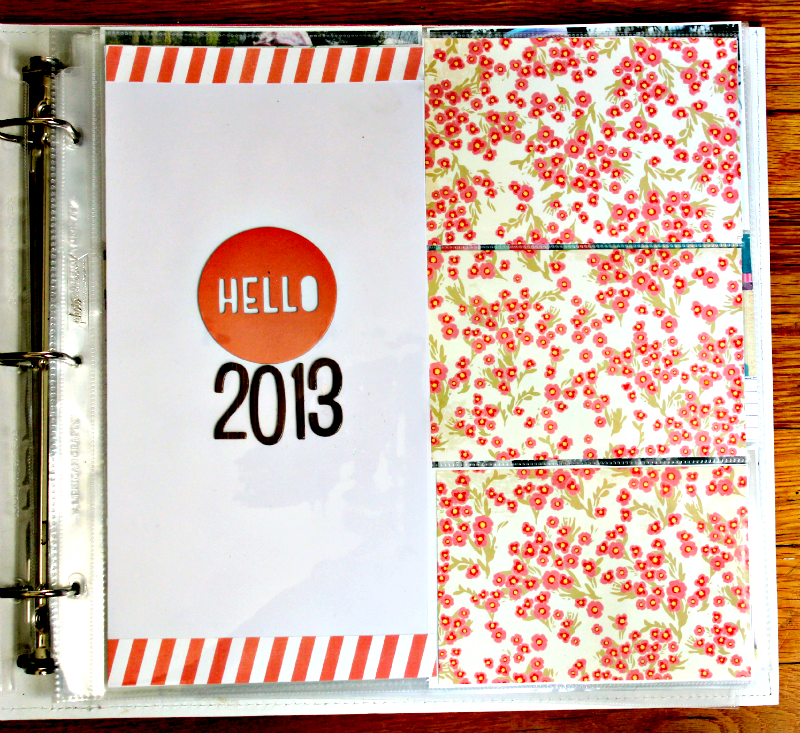 As some of you may already know, one of my goals this year is to get my photos off of the computer, and into an album. For a while I came to a stand still. I love scrapbooking, but I also love the feeling of just flipping through an album. I love looking through the photos, and not being distracted by all the frill, and lace of a scrapbook. I considered doing Project Life for a long time. I was always turned off by the idea that I would have to take an overwhelming amount of pictures every week to fill out a full spread. While I love taking pictures...my life is not nearly interesting enough to do so on a weekly basis. Another issue I had with Project Life was that it wouldn't necessarily help me get my older photos into an album, which as we discovered, is my initial goal. 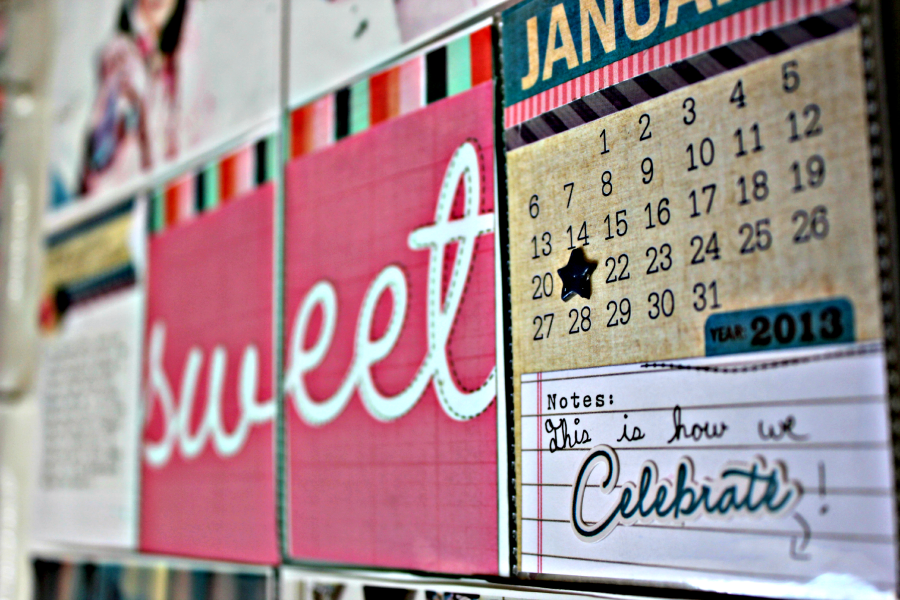 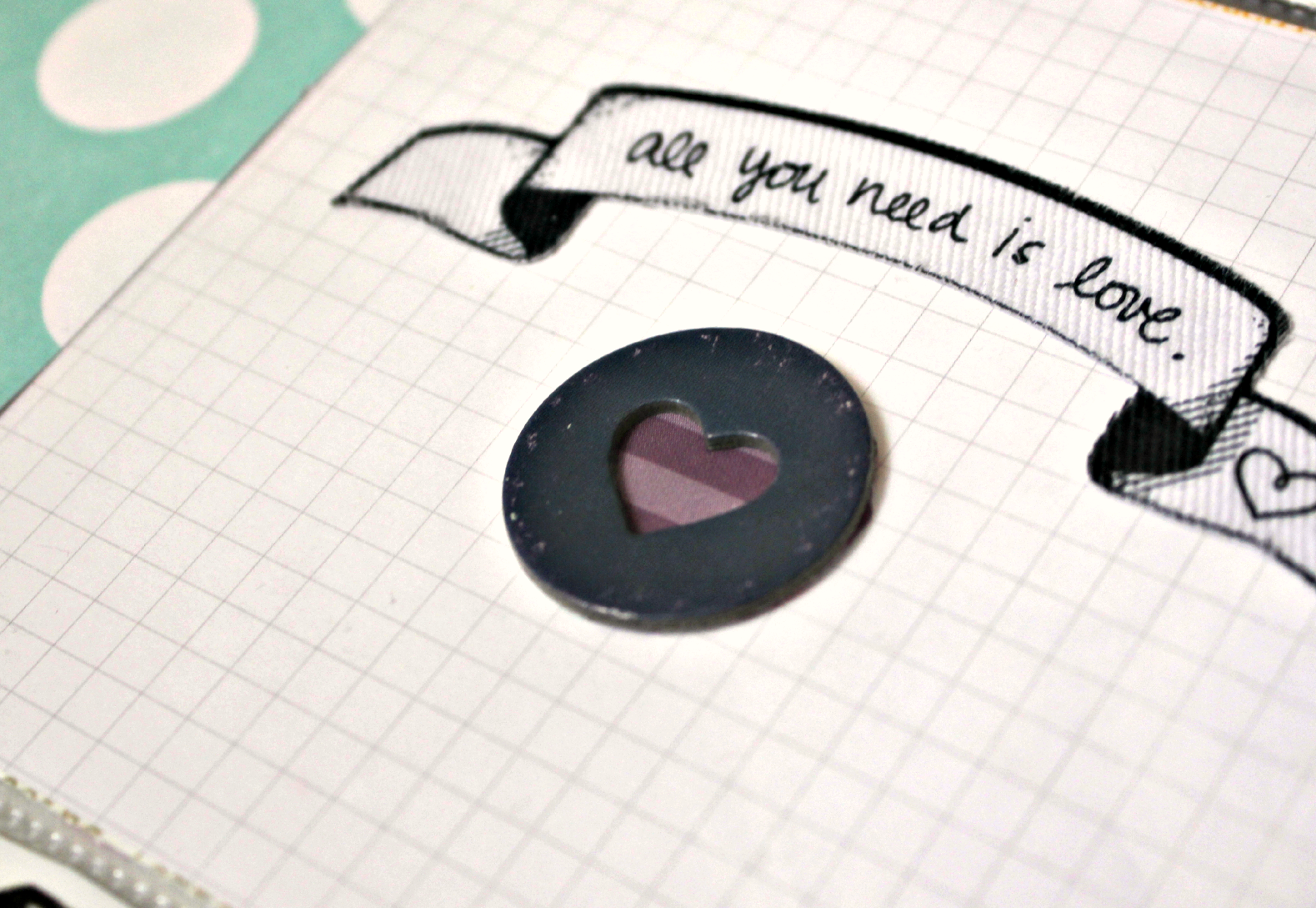 That's when I decided that I should give Project Life a try anyway. Who says that I have to stay within the confounds that so many others have? Who says that I have to take weekly photos? I decided to do my Project Life my way, on a monthly basis, starting with the year 2013! Instead of having a spread for each week, I'll have a spread for each month. I'll be doing this for year 2014 as well, and I also plan on going back and doing 2012.

I have to say that I really enjoyed messing around with these pocket pages. It took all the pressure off of scrapbooking, and made it fun for me again. I admit that I have some improvement to do while I get use to this style of scrapbooking, but I still love what I've come up with so far. I'm keeping it simple, so while it is still"pretty" to look at, the main focus is on the photos, and the stories behind the photos.

Posted by Christina Collins at 10:44 AM 6 comments

Thankful For You CARD 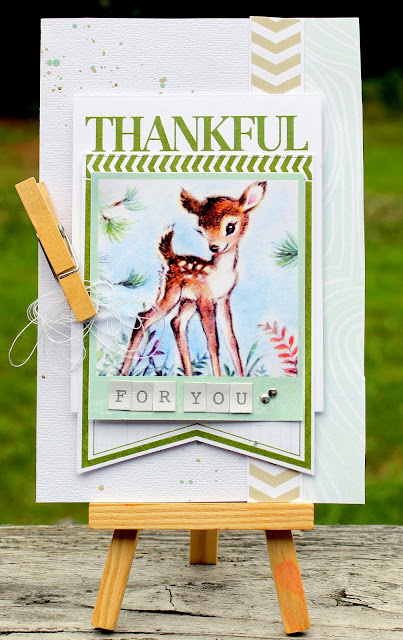 I just have a quick share for you all today! This is a card I made months ago when I was on the design team for Pretty Little Studio. I never got a chance to share it here on the blog. It features the beautiful papers and embellishments from the Nature Walk collection.

Thanks for taking a quick peek at my project! Happy Monday!

Posted by Christina Collins at 8:18 AM 8 comments

Email ThisBlogThis!Share to TwitterShare to FacebookShare to Pinterest
Labels: cards My husband left for Basic Training yesterday. After two flights, he landed in Texas around 9:30 p.m. The count down has begun to when we get to see him again. We already miss him so much! March cannot get here soon enough. Unfortunately, after we spend time with him for a few days in March, he has to go to Tech School for goodness knows how long. 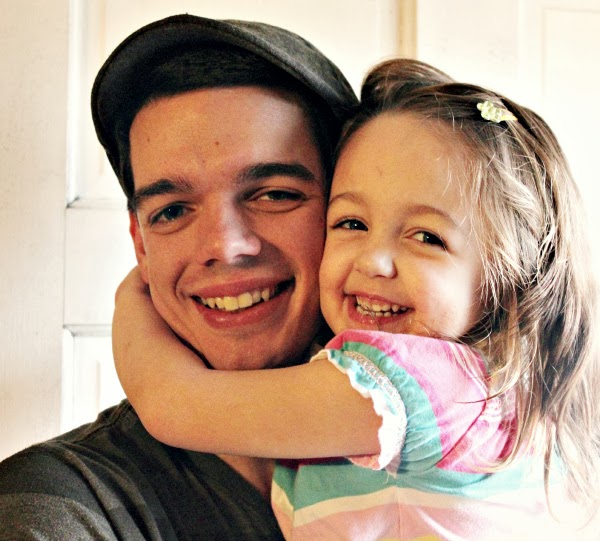 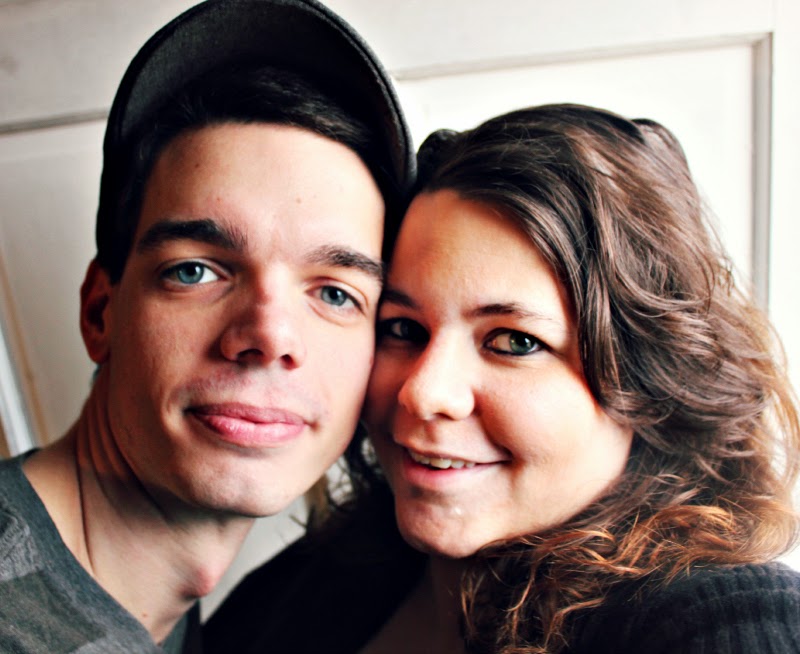 It's been tough so far. Nights are the worst. The only way I can think to explain it, as corny as it sound, is that the other half of my heart is missing. I am disconnected, incomplete. Instead of enjoying things (like watching TV, reading a book, etc.) it just feels like I am going through with the motions just to pass the time. It's like nothing else matters unless he is here with me (aside from our daughter, of course). All I can do is take it one day at a time. He is doing this to better himself, but he is also doing this for our family. He is doing it so our family can have a better life. I look forward to the adventures we will have with the Air Force. We'll be together sooner than later. 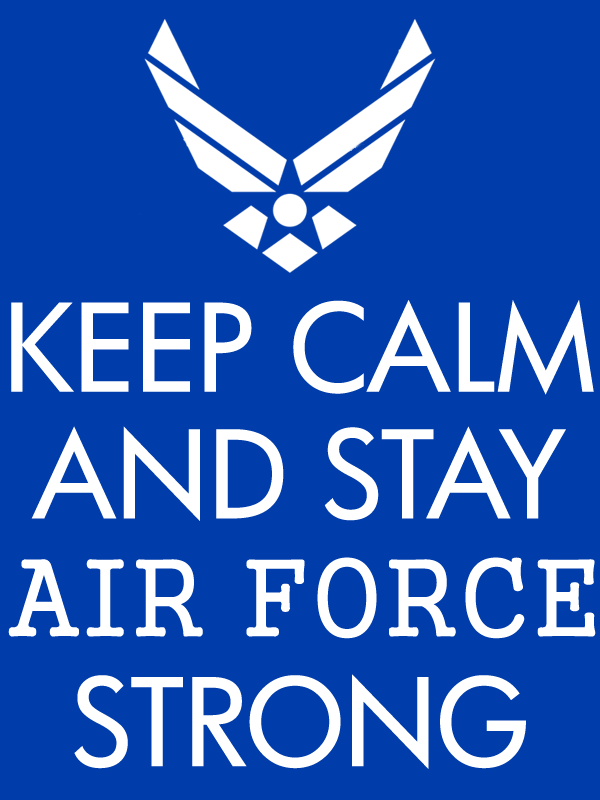 We had a little surprise party for him before going away. This is one of the decorations I made. A little air force Keep Calm poster. I printed it out and put it in a frame. I'll probably end up printing a smaller version and using it in project life as well. You can do with it what you wish. :) It's free for the taking!

If you happened to read my whining all the way through, well then I greatly appreciate it! I'm a big sap. I know it!

Posted by Christina Collins at 11:12 AM 2 comments 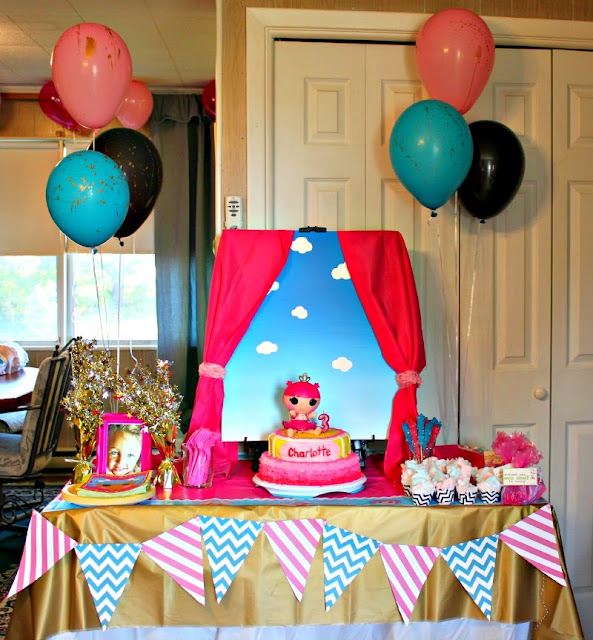 Because of my absence from crafting/blogging, I never got a chance to share Charlotte's 3rd birthday party with you all. Putting on parties is my absolute favorite thing to do. I'm far from professional - but I think this birthday turned out great! The theme was my daughter's personal favorite - Lalaloopsy! Check out those gold splattered balloons. I found that idea on pinterest! 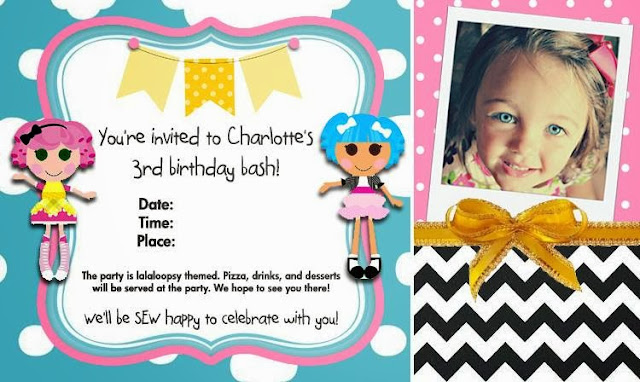 The invitations I made. 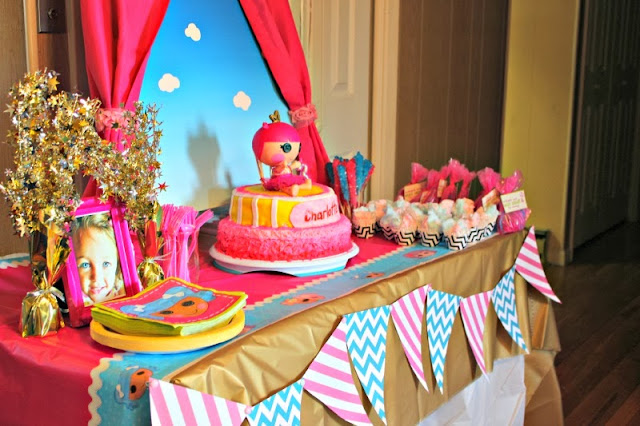 My husband was kind enough to paint the little cloud canvas. Using some ribbon, and a curtain - I made a little window. 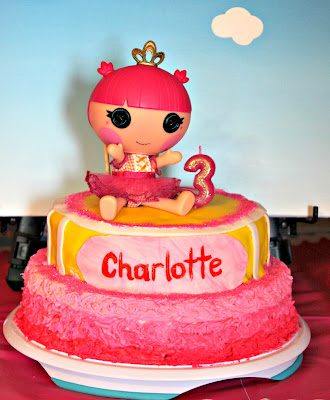 My best friend, a wonderful women named Angie, makes Charlotte's cake for her every year. Check out how adorable the lalaloopsy cake came out. 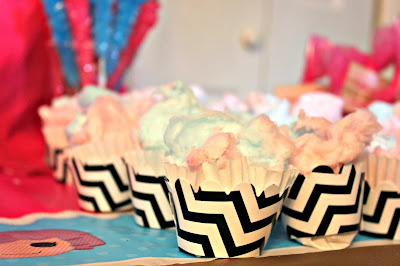 Cotton candy in cupcake holders, and rock candy in the back! 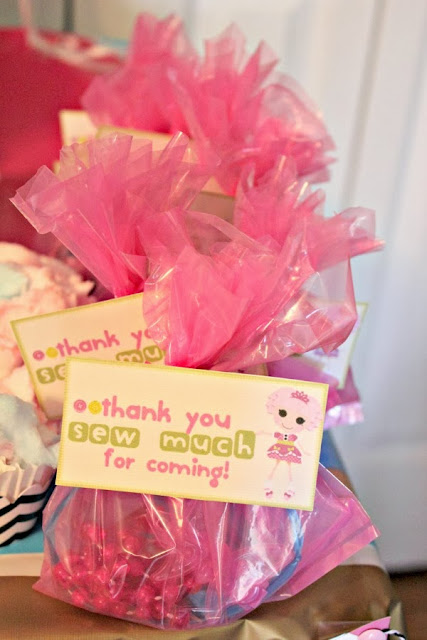 These are the little goody bags I made. They are very similar to the Curious George goody bags I made last year. Inside were little plastic jewelry items for the kiddos, and stickers. We try to stay away from candy where Charlotte's birthday is right before Halloween.

So if you plan on having a Lalaloopsy party...hopefully you were able to get some ideas or inspiration from the little party we had. =) Thanks for peeking!

Posted by Christina Collins at 8:00 AM 7 comments

Email ThisBlogThis!Share to TwitterShare to FacebookShare to Pinterest
Labels: events

Cheers To The New Year! 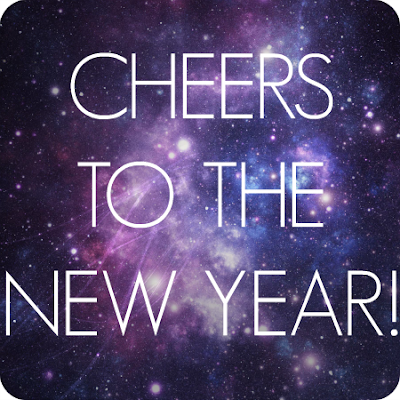 Happy New Year!
It is officially 2014. The new year isn't magical and it can't automatically put you where you want to be in life. If you want this year to be yours, then make it yours. Reach for the stars!

For the past few years I have stopped making new year resolutions because I have always failed miserably at them. This year I am going to make realistic resolutions. Things I can work towards, things that are not impossible. So here is my list....

- Lose Weight! I'm sure this is on the top of every one's list. I'm not going to put a number on it. I just want to lose weight. Any loss is a good loss.
- Get all of my photos into an album. Right now the majority of my photos are stored digitally. It's time to get those memories out of the computer and into an album.
- Have a short story published in a magazine. This is probably the toughest goal I have set for myself. I love to write. Being published has always been a dream of mine, but I've realized I have to start small, and work my way up.
- Continue to be an awesome mommy and wife. I'm far from perfect in my roles as mother and wife, but I can honestly say I think I do a pretty good job. I just want to continue being the best I can for the two I love most.

And there you have it. Those are my goals for the year! Nothing to stressful, but enough to work on improving myself.
Have a happy 2014!

Posted by Christina Collins at 9:58 AM 0 comments

Can you believe that 2013 is already coming to an end? I didn't get to create nearly as much as I wanted to this year, but I was able to create a few projects that I really fell in love with. Here are my favorite top 6 creations from 2013: 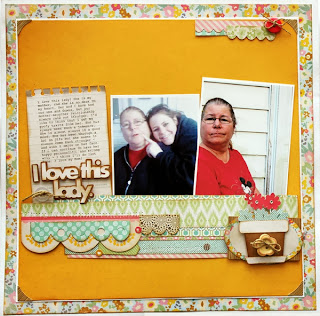 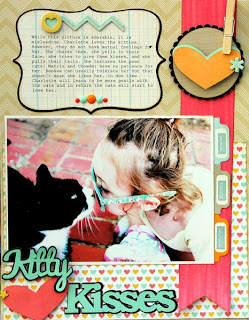 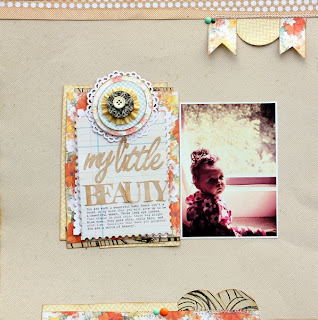 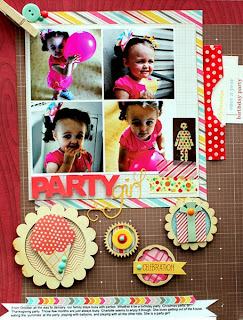 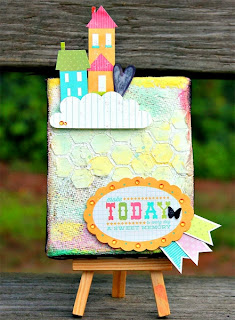 The year 2014 is going to be the year of change for us. I look forward to what's in store!

Posted by Christina Collins at 8:50 AM 9 comments

Hello followers! It's been a long time. I haven't created or blogged in nearly five months. My apologies for the disappearance! Life really caught up with me. I am looking forward to getting back into the swing of things and I thought the perfect way to do so would be to make a little gift for you all. Here is a set of 2014 project life cards - free for all to use!

I am so glad to be back!